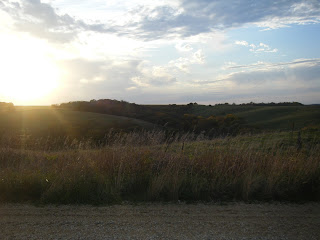 First off- My daughters school play was last night, she is in kindergarten and was snowflake like the rest of her class. I was amazed that the class, as a whole, could carry a tune. Much better than the first graders but not as good as the third graders. It was a fun and brief time. While we were in the school gymnasium though ice was accumulating on the roads outside so the drive home was slick and very slow. I was thankful that I live on a road that doesn't get a lot of traffic. Meanwhile, this morning, every school around my district called school off or had a two hour late start but we were right on time. The bus slid to stop in front of our house and I haven't heard of any bus accidents yet so they must have made it.

Second- I have seven stories out that have been at their perspective markets for over 100 days (I actually just deleted the word years) one has been out for 337 days and From the Asylum has had a story for 297 days (They still seem to be up and running so I don't know what is going on there) The others have either just hit the 100 day mark or are one 30 or 40 days over that. I think I have hit an editorial black hole. (Yes one of those markets is Boston Review at 130 days now. So much for their average of 57 days.) The rest I didn't expect to hear back from yet so I won't name names here. I knew they had long lead times and I am fine with that. (I have also had one at Apex Digest for 40-some days now. I only mention that because I really like the story I sent them. It received an Honorable Mention, along with one of Cate's stories, in the Return to Luna Antho which I need to order)

Third thing- I am taking a couple of days off from novel writing to work on a short story for the Devil's Food Antho. The story is really starting to go places that I like and despite the antho's title I am not making this story a bloodbath. It is actually coming along quite nicely (well, people are going to die but the story is coming along nicely, although my main characters true colors have yet to show.) I hope I like the end result as much as I like the way it has started. I don't know what it is reminding me of yet. maybe a Mark Twain meets Hemmingway meets Brian Keene. (You figure that one out) Needless to say it is, stylistically, unlike anything I have written before and I am really enjoying the process.

I also want to thank everyone who had an opinion on yesterdays post. I thought it was something that needed saying. I am sorry if it sounded like a lecture by Ben Stein in Ferris Bueller's Day Off.
Posted by Jamie Eyberg at 8:26 AM

Long waits can mean good things. My longest wait turned acceptance was 129 to Albeo One. Of course I've had long waits that didn't turn into anything happy.

Hope yours are the good kind.

Editorial black hole is right-- we're still struggling through our fall fiction contest submissions here at Boston Review. Unfortunately, that has put all the other unsolicited work on the back burner. We'll get around to it, I promise, but remember that we accept simultaneous submissions, so send that story out. Life is too short to wait for the likes of us.

Aaron- here's hoping for the best.

Will- you know I mentioned B.R. by name just to get a rise out of you p.r. guys. I am a patient man. I know you haven't forgotten about me.

Your daughter must have looked so cute as a snow flake. :)

I know FTA are really behind with replying to subs, but they are still up and running and they will get there, so hang in there.

I've recently withdrawn two stories from markets over 200 days out. One hasn't published since the summer and didn't reply to my queries, so unfortunately I think it has died and the other is an anthology that appears to be active but again, no reply to my queries. It is hard to know when to wait and when to withdraw.

Good luck with the Devil's Food. I've a story brewing for that one too. :)

I just got a rejection while reading your blog post - I think you cursed me. :)

I ordered my copy of Return to Luna at the weekened. Did you see that the foreward is by an actual live astronaut? I am so gutted I didn't make it in. Mind you I've sent the story to The New Yorker (ahem!)

School performances are so adorable! I am charmed at the thought of your daughter as a snowflake. :)

Good luck with the story! And I haven't heard anything from any editors lately either--I think they're all on an extended vacation somewhere warm.

inkpot- I tend to leave stories alone anymore, unless I know they have gone out of business. Maybe its just me.

Cate- I hope I didn't curse you. Must just be an unfortunate coincidence. ;)

K.C.- she was rather adorable. I have, unfortunately, heard back from editors lately. Boo rejections!

While Aaron might be right, long waits still are on my list of things I hate the most.

Brie is also on that list. Dunno why I felt compelled to tell you that, but it's true nonetheless.